The sponge divers tasked with recovery of artifacts from the Antikythera shipwreck brought thirty-six marble statues to the surface. Some of these were probably original Hellenistic works of art, while others were copies of well-known sculptures. Most of the statues sat proud of the sea floor, and so were badly eroded by the water and colonizing organisms. These images of marble statues from the Antikythera Shipwreck were taken by MIT Professor Harold “Doc” Edgerton during a 1953 visit to Greece with Jacques Cousteau. Images courtesy MIT Museum.

An excellent example of the preservative qualities of the marine sediments comes from the statue of the Wrestler. His right side was immersed in the mud underlying the shipwreck, while his left side was exposed to the water and therefore is badly degraded. The colossal statue of Herakles (image below) that now adorns the central courtyard of the National Archaeological Museum draws our team’s special attention. Century-old rumors from the 1901 salvage operations lead us to believe that the sponge divers initially thought this huge piece was a boulder, rolled down the underwater slope to cover other artifacts on the wreck. The Ministry of Culture official on the Hellenic Navy ship MYKALI directed that the “boulder” be rigged and recovered. Once on deck and cleaned, the form of Herakles emerged. However, the story goes that in the meantime, other “boulders” were dragged offshore into the deep. How big is the colossal Herakles? WHOI Diving Safety Officer Ed O’Brien stands next to it for scale. Ed is 6’2″ (188 cm) tall.

During our 2013 visit to Antikythera, our team mapped the entire coastal sea floor of Antikythera Island with an Edgetech 4600 combination side scan and multibeam sonar. We detected four sonar targets between 120 and 250 m to the east of the shipwreck site. These targets sit in water depths between 80 and 150 m. Could these be more colossal statues, mistakenly hauled off the wreck site in 1901? This is one of the top questions we seek to answer during the 2014 project.

Another story from the 1901 salvage intrigues us. It was reported that one of the four marble horses on the wreck was dropped during the lift from the sea floor. It apparently fell back into deeper water. Might another spectacular horse statue lie among the rocks and sediments? If so, will it be in good condition, or will its surfaces be eaten away by time and the ravages of the sea? 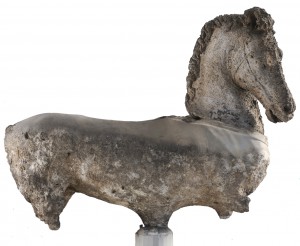 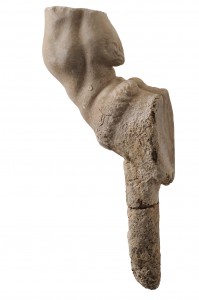 Many of the marble statues no longer project their original glory. However, these more abstract human forms are eerily evocative reminders of time’s passage and human frailty. 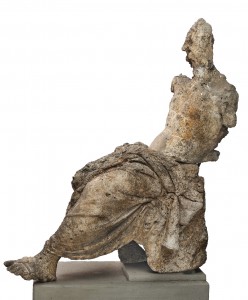 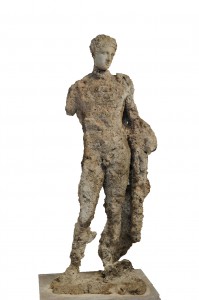 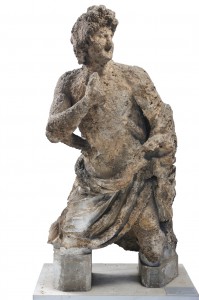 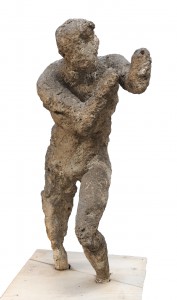 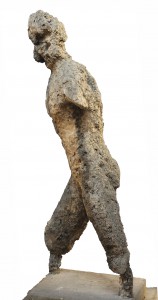 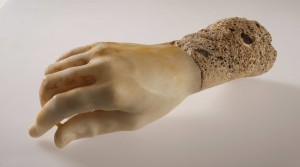